Do you want to attend college in Canada but have doubts about how feasible it is, given your financial situation?
Canada is one of the cheapest places to study abroad, but it’s a pain to keep track of all the money you’ll need to pay.
Canada’s generous scholarship programme is the ideal option for anyone dealing with financial difficulties.
Numerous scholarship opportunities are available in Canada from the federal government, academic institutions, and private groups.
In order to pursue your goal of studying abroad, you should apply for one of the available scholarships.
So, let’s dive in and start looking into some of the Canadian scholarship opportunities available to Indian students so that you can fulfil your educational goals in Canada.

Here are a few of the most compelling arguments you can make to your parents and other guardians in favour of sending you to Canada for your postsecondary education.

Even though both English and French are recognised by the Canadian government as official languages, English is universally spoken and understood. Because English is the official language of Canada, it will be easy for you to communicate with locals and do your daily business.
The country of Canada is home to a number of world-class educational institutions, including many that are ranked among the world’s top 150 by QS. Students from all over the world want to come study in this country because of its excellent educational system.
multicultural and multilingual society; in Canada, half the population speaks a language other than English at home. This will ensure that your time spent in school is rich with multicultural events from which you can gain insight into other civilizations.
As one of the world’s safest countries with a relatively low crime rate, Canada boasts the world’s second-highest quality of life.
Universities with a focus on research Canada is widely recognised as a global leader in the biomedical and health research fields. It has become a popular destination for PhD candidates because of its commitment to supporting universities that focus on cutting-edge research.

Numerous scholarship opportunities are made available by the Canadian government to attract and retain international students. The best Canadian scholarships are listed here.

For anyone interested in attending a Canadian university, a study permit is required.
To be considered, applicants must have submitted a formal application to York University.
Superior academic credentials, including at least one A or its foreign equivalent
University of Toronto’s Lester B. Pearson International Scholarship
It is the goal of the Lester B. Pearson International Scholarship Program at the University of Toronto to recognise and support exceptional international students who excel academically, exhibit leadership potential, and are seen as role models by their peers. The student’s potential to considerably adapt to the global community and the student’s impact on the lives of their school and community are both given special consideration. These yearly awards recognise outstanding high school students from all across the world, including international students studying in Canada. This is the most competitive and sought-after award for international students at U of T. About 37 high school seniors are honoured annually as Lester B. Pearson Scholars.

To attend a university in Canada, applicants need to first get a study permission.
Students in their senior year of high school are eligible to apply.
Calgary’s Own Academia Scholarships for Study Abroad
This award comes from the University of Calgary in Canada and is intended for Indian students. This scholarship is among the most coveted in Canada, and it goes to students who have excelled academically. The prize will be awarded to a student who demonstrates both academic excellence and extracurricular excellence. Funding for each student will reach $60,000 over the course of four years, or $15,000 per year.

The award is open to those who are enrolled in an undergraduate degree programme full-time.
To qualify for the award, you need a 3.20 GPA or higher.
British Columbia’s University Foreign Students Can Apply for Scholarships
More than CAD $200 million is awarded each year in UBC scholarships, honours, scholarships, grants, and loans to continuing students at the university in recognition of their hard work and success. Full-time UBC students received CAD 325.9 million in financial aid in 2018-2019. The following chart summarises the funding the University has received from various British grants, scholarships, and bursaries over the past five years.

Scholarships for International Students Attending Humber College
In order to attract talented overseas students, Humber College in Canada provides renewable full and partial tuition scholarships to new students arriving in the country in September or January. The scholarships are renewable, however the recipient must keep their GPA at or above 80% to be considered for renewal.

Bachelor’s degree scholarships are available for students who do not transfer from another institution or who have not participated in Humber’s English as an Additional Language programme.
High school seniors who meet the minimum required final entry average of 75% are automatically considered for degree scholarships from Humber.
Scholarships for Future World Leaders from the President of Winnipeg
International students who are new to the Institution of Winnipeg are eligible for the President’s Scholarship for World Leaders. This scholarship can be used at any faculty within the university. Applicants must have a cumulative GPA of 80% or higher and be involved in extracurricular activities that showcase leadership potential.

Students from outside the United States who have been accepted to Carleton University and who meet the language requirements will be offered a renewable entry scholarship.
We factor in the high school’s recommendation grades into our acceptance rate.
The amount of the scholarship, if any, depends on the applicant’s admissions average when applying to Carleton University.
Masters Degree Funding in Canada
It’s a challenge to figure out how to budget for graduate school. Here are some of the most well-known Canadian scholarship programmes for graduate students:

The Vanier CGS company is pleased to provide this scholarship to overseas students so that they may take advantage of the exceptional educational possibilities available in Canada. The programme will provide around $18 million in scholarships to students over the course of 166 years, with each recipient receiving $50,000 annually for three years.

Only one Canadian organisation may submit the candidate’s name for consideration.
Individuals must be in their first year of a master’s or doctorate programme.
Funding Opportunities for Postgraduates at the University of Manitoba
The value of this award is $18,000. (INR 10,53,000)
The deadline to submit an application for a scholarship is: Not Available.

All applicants must have a 3.0 GPA or higher.
To qualify for the Doctoral Scholarships in Science and Engineering offered by the Pierre Elliott Trudeau Foundation at the University of Manitoba, applicants must have been accepted into a full-time Master’s programme at the university.
Up to fifteen doctoral scholarships in the arts and social sciences are awarded annually by the Pierre Elliott Trudeau Foundation to students from Canada and around the world.

Full-time humanities and social science doctoral candidates whose research relates to one of the Foundations’ four themes (Human Rights and Dignity, Responsible Citizenship, Canada and the World, and People and the Natural Environment) are eligible to apply for funding.
It doesn’t matter if the institution is domestic or international; Canadian citizens are always welcome.
In any one year, no more than 25% of Scholars may be non-Canadians (permanent residents or foreign citizens enrolled in a PhD programme at a Canadian institution).
A Must Read: Obtaining a Student Visa for Canada What Band Score on the IELTS Do You Need?

Canada’s Fully Funded Scholarship Program
In contrast to the vast majority of scholarship opportunities, which do not give full coverage of tuition costs at Canadian universities, fully-funded scholarships for extraordinarily brilliant candidates do. Here are some of the most sought-after opportunities.

Master of Business Administration (MBA) Tuition Grants at Canada’s Haskayne School of Business
Canada’s Ivey Business School Offers Master’s Degree Scholarships
MBA Awards in Alberta
Award for Excellence in Business Studies at Sauder
Grants from the Rotman School of Management
Awards given by the Schulich School of Business
Awarding Financial Assistance to New Students
Scholarships for Postsecondary Study in Ontario
Grants for Study Abroad in International Business from Scotiabank
Merit Award from the Robert Krembil Foundation
Fellowship for Graduate Study in Business Administration in Honor of Tanna H. Schulich
Awards for Graduate Study in Business Administration from the Seymour Schulich Foundation
Scholarship for Forte Fellows
Low Tuition Canadian Universities
Canada is home to a plethora of excellent, reasonably priced educational institutions. Look no farther than this list for Canada’s finest educational institutions, all of which offer reduced rates of tuition.

School of Brandon
The Guelph Memorial University Institute of Technology and Advanced Learning at Newfoundland
Located in British Columbia, Canada, Mennonite University
Saint Boniface University McGill University Humber College
Calgary’s Own Academia
Northern British Columbia University
University of the Centuries
Canadian Work Permit for Recent Grads
The Post-Graduation Work Permit allows international students who have completed their studies in Canada to remain in the country and immediately begin working. Students can apply for a work permit for up to three years within 180 days of getting their final grades. Both a letter from your institution and a transcript (or a duplicate of your transcript) that shows that you attended college are required. Candidates must have completed at least one year of university education from a DIL-approved institution in order to be eligible for employment in the country.

College Life in Canada
Canada spends a lot of money on its educational system and infrastructure. Because of this, it has become one of the most popular options for students looking to study abroad. Let’s take a quick look at Canada’s exciting university scene.

Educators in Canada benefit from the country’s well-known multicultural atmosphere, which broadens their pupils’ horizons and facilitates the development of meaningful connections.
The progressive nature of the population is reflected in the country’s reputation for accepting most immigrants.
Canada offers a wide variety of recreational opportunities for students. As the site of numerous UNESCO World Heritage Sites and exciting festivals, it offers a wide range of opportunities for student participation.
Furthermore, Canadians can take pride in one of the world’s safest societies. As a result of the low rate of violent crime and the low rate of burglaries in Canada, as well as the high ethical standards police personnel are required to uphold, Canadian universities are generally considered safe for students. 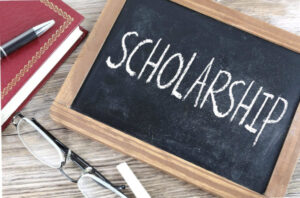 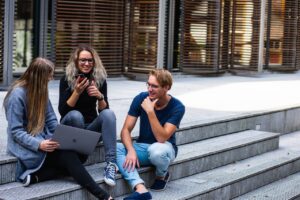 Scholarships Granted The amount of the scholarship is $11,600. (Rs 8.9L)Course Level- Postgraduate, Ph.D.There is no deadline for the application.Regarding the...